We are a French / South African couple, Patricia a trompe-l'œil artiste and David an interior designer. We met in the UAE during a Palace commission we were both working on; we fell in love and were married in Abu Dhabi, UAE of the same year. We remain in the UAE and opened an interior design and decoration company in Dubai. During this time we purchased our old barn in Pontlevoy which was literally 4 walls and a roof in a pretty bad state, what followed was a 5 year adventure of designing, building, renovating and endless travel between France, South Africa and the UAE. In 2013 after spending 12 years living and working in the Middle East we decided to expatriate back to France to complete our renovation, and open our guest house in the beautiful Loire Valley.

Les Loges de Saint Eloi officially opened in September 2014. Our first season in 2015 has really been great; we have had the pleasure of sharing our home with many wonderful people from the 4 corners of the globe. Les Loges is a very happy special place for us, we are sure it will be for you as well. 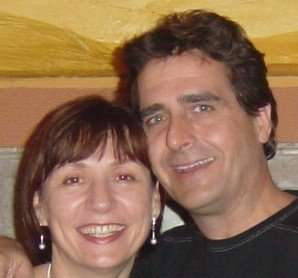